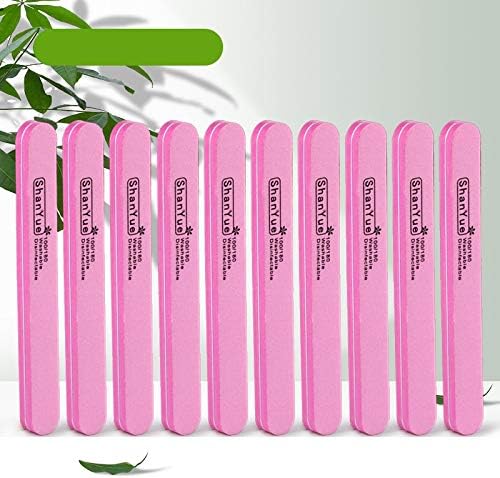 After the COVID shot, we did a limited-edition photo safari in northwestern Hamilton County, mostly just tooling up East Miami River Road as far as Fairfield. It was a barny day.

Almost immediately after turning north off Harrison Avenue to EMRR, I was impelled to pull over into the end of a driveway for Toni to shoot this barn out her side window. I shot blind through the windshield, hoping against hope for better results than I got, but here y’ go.

Not too much farther up the road, we came across a second red barn higher up the slope to the east. It prompted Toni to say, “I like this road.”

Turned into a side road to let a big SUV pass. Wouldn’t you know, they turned into the same road? But I was not to be deterred. Working on this shot in Photoshop, I was moved to ask myself, “Were all the Bicentennial barns painted in 2003?” I do not know and might not ever look it up.

We did cross the Miami once, into New Baltimore. I was minded to head out to Fernald, but ended up making a loop around Fort Scott. In New Baltimore proper, I saw a barn that looked interesting, but proved to be blocked by trees. Then, turning to go back to New Haven Road, we spotted this. Toni shot a sign that attracted her. I got this shot, which appealed to me in the whole. I may play with this in some filters later.

This past weekend, Toni and I revisited one of the more interesting places in Cincinnati that doesn’t cost anything to visit, albeit it costs a fortune to get into the place —

Spring Grove Cemetery. It’s a 733 acre plot of land, more-or-less in the geographic center of the city of Cincinnati in a neighborhood newly called Spring Grove village, but until recently known as Winton Place after its railroad station.

A trip through Spring Grove is a geography lesson on Cincinnati street names. I’ve Shot this monument before. Burkhardt’s is a local store.

Following an afternoon of driving around shooting pix of the neat-and-odd-looking monuments, you get to where you’re seeing scenes in … groves of graves.

No particular reason. I don’t even think there’s a Meier Street in town — or maybe there is. I just liked the way the light hit the statue.

But, at the same time, it’s pretty amazing to me that as you roam the cemetery, all these elaborate and … monumental … monuments are all in pretty fair condition. Any other cemetery, you see toppled gravestones and broken monuments all over the patch. But in Spring Grove, it’s like their vast and competent staff takes care of that. Or the monuments are just better made.

Something about the detailing of this sculpture made me want to shoot it.

This was one of my favorite shots from that earlier trip to SGC. I chose it as the desktop background on my Kindle Fire tablet. I like the Egyptian funerary motif. Before, I thought it was unique in that, but this time, I spotted a whole bunch more examples of the style around the place.

Around the corner, all I could see was the “William H.” and I thought, “Surely not ‘Taft?'” But, it’s Spring Grove. And a lot of the city’s major families and figures are buried here, even Alonzo Taft, William Howard’s father, so I went around the corner and shot it. Only to find it was a different major historical name of the area — Alms. As in Alms Hotel, Alms Park, and the Alms and Doepke building. There’s also a William H. Harrison, but I know it’s not the president, ’cause he’s buried over in North Bend.

Not really a big fan of the architectural detail or the color of the stone, here. But the red buds (NB: NOT a redbud; there are lots of THOSE around, though.) across the door was an attractant to my camera.

Swans on a lake. They wouldn’t pose — or come closer — so I had to take the shot that was given. Sort of like shots with wires and utility poles in the way. That’s part of the shot, so you take it — good or bad. In this case, it turned out alright.

Sorry to say, I can’t offer any of these shots for sale as prints, because they’re of artistic works to which I can’t get copyright — or even license it. So enjoy here (or go see them for yourself in stone, so to speak).

Toni and I set out this Sunday just past to wander around the neighborhoods a bit and maybe get some choice shots. Starting out from home, we dropped by the Post Office in Kemper Lane and then went around the corner to the Parkside Cafe for breakfast. Once done with that, I turned the nose of the car toward Avondale, where we stopped in a a couple of the little lanes that run off of Washington Avenue, stopped first on Camden Ave.

… and then Norway — the next block north. And we wandered around Springhouse Lane and Wess Park Avenue, then into St. Bernard a bit. Next, we went into Rose Hill via Red Bud and around all the streets there. Then Dickson and across Wedgewood. If you just stick to the main streets thereabouts, you miss a lot of little pockets of pleasant hollows and ravines, such as the end of Wedgewood.

From the borderlands between Avondale and St. Bernard, we rolled across the Millcreek valley and into Winton Place, where our wanderings took is into Spring Grove Cemetery, where the mist created by rain on the snow lay a bit heavier than elsewhere, though I wasn’t able to get many good shots of it. You’d think it would be downright dramatic, but it’s hard to shoot good mist. I know. I’ve done it before.

On setting out, we’d agree that part of our itinerary would include a revisit to Camp Washington. So I headed down Spring Grove Avenue and turned off at Arlington Street, by the Crosley building and we tootled around there and down to the end of Jessamine Street, behind the old Art Guild Bindery.

We encountered a pretty girl chasing an errant beagle puppy. Toni shot a door. I should a couple of brick walls. We headed over into Fairmount across the Viaduct.